A Generation is an interactive sound visualization project composed in Unity inspired by the famous Chinese modern poet Gu Cheng/顾城’s two-line poem titled “A Generation”/”一代人”. The poem had been considered an accurate representation of the younger generation during the Chinese Cultural Revolution seeking knowledge and future.

I divided the experience into four chapters - nights, eyes, seek, light, four keywords extracted from the poem. Layout wise, the main menu is five rectangles with white to black gradient, one leading the viewer to the page showing the poem and credits, and the remaining four are the four chapters. Within each chapter, a smaller navigation menu is placed on the top right corner. The titles and progress bar of the the soundtracks, corresponding to the themes of the four chapters can be found on the bottom left corner. 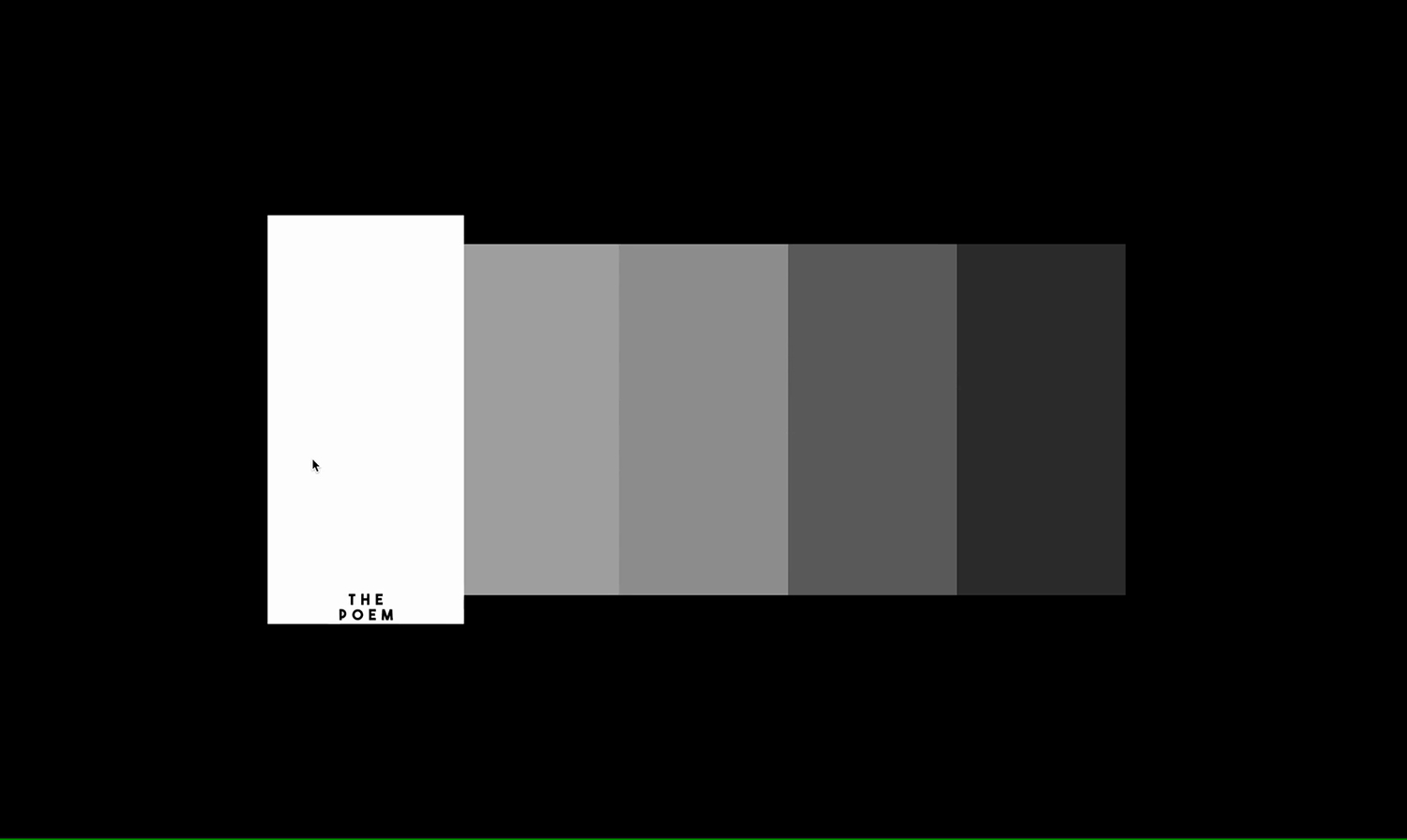 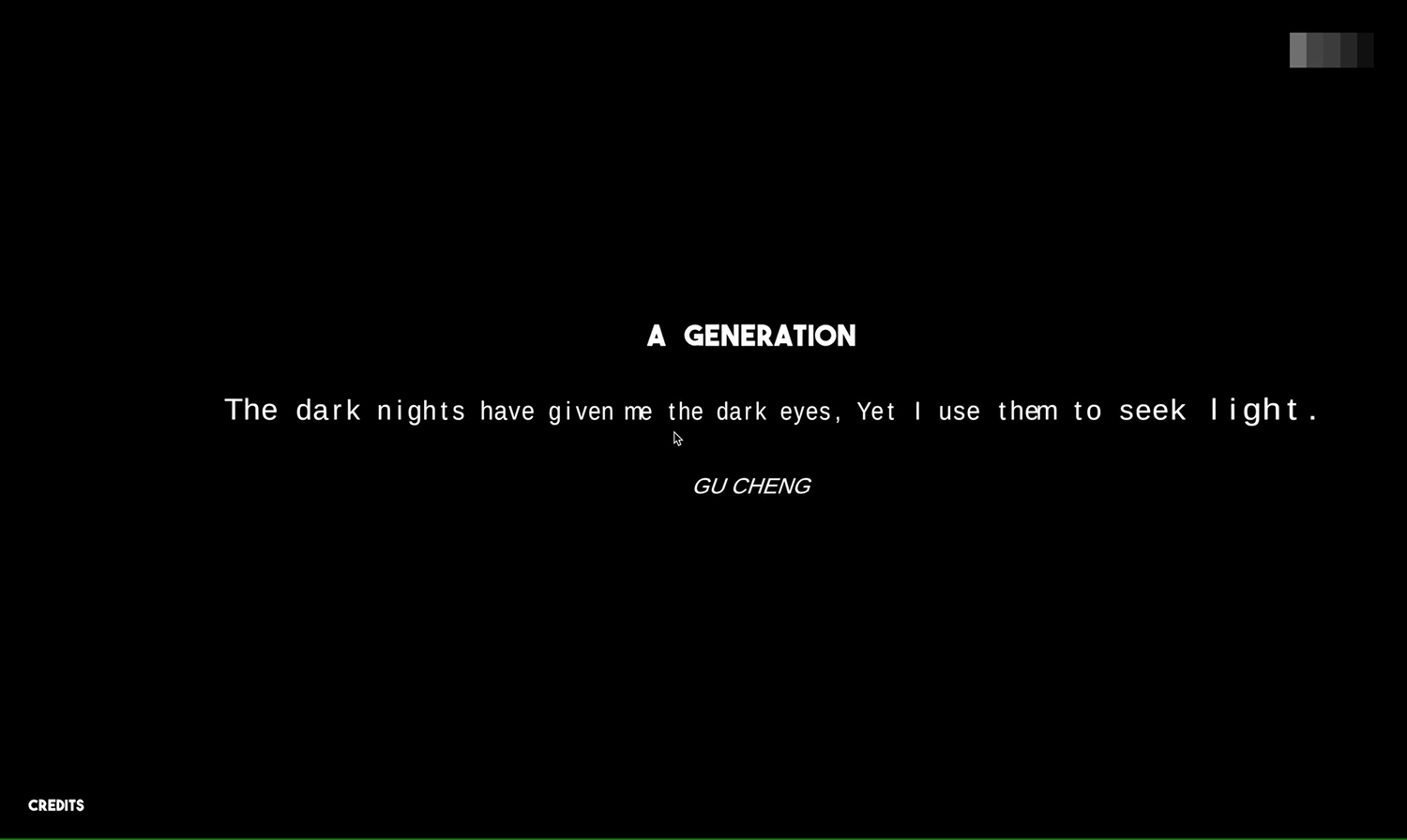 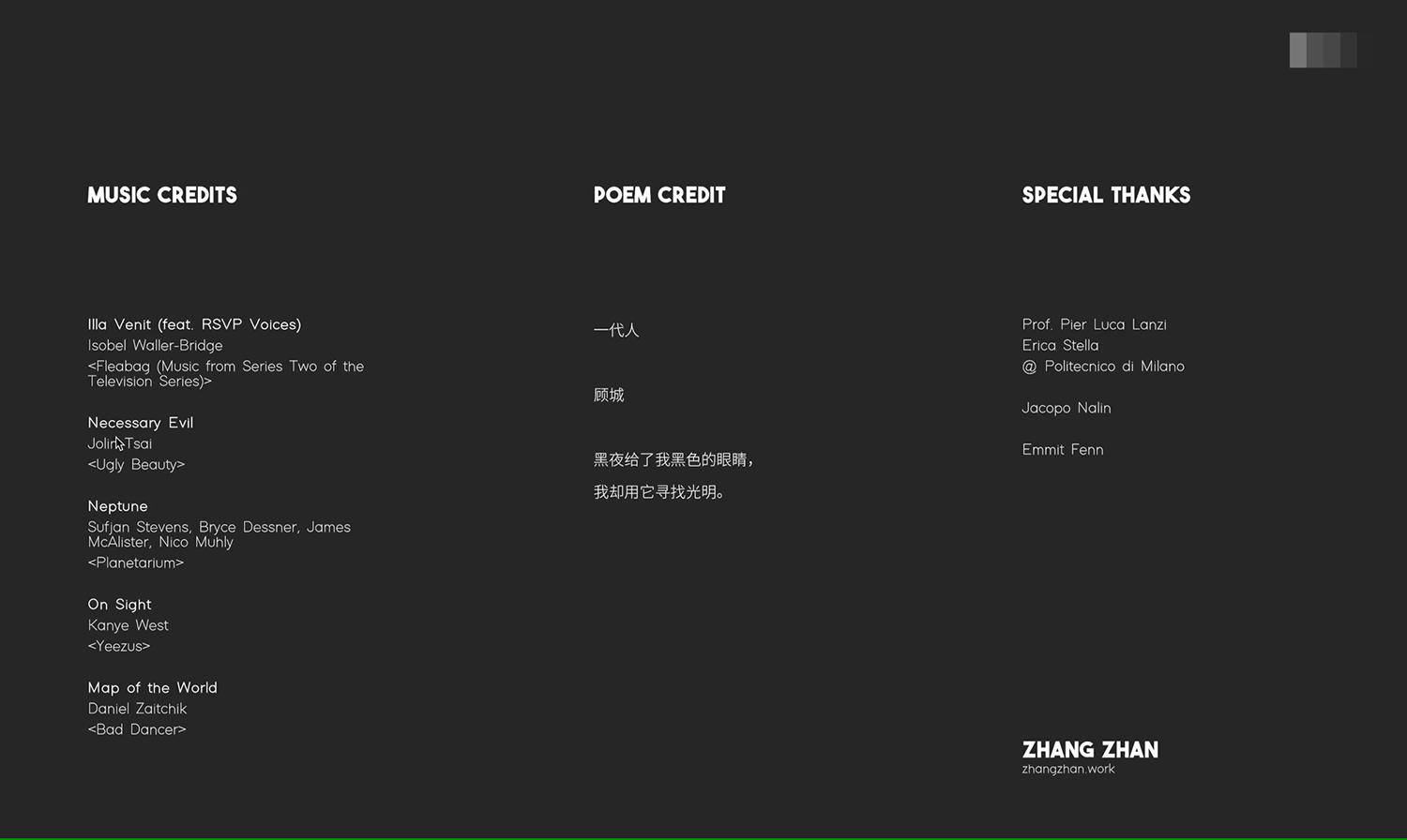 The four chapters are four interactive scenarios deciphering the poem with sound-responsive elements, from the darkening of environment where the lone man encounters the night troops, to the surging particles repulsive and attractive to the eyes, to the seeking the forthcoming desire and willpower in a tunnel-like mental environment, to the glowing and uprising metaball in circular movement with waterfalling trails. 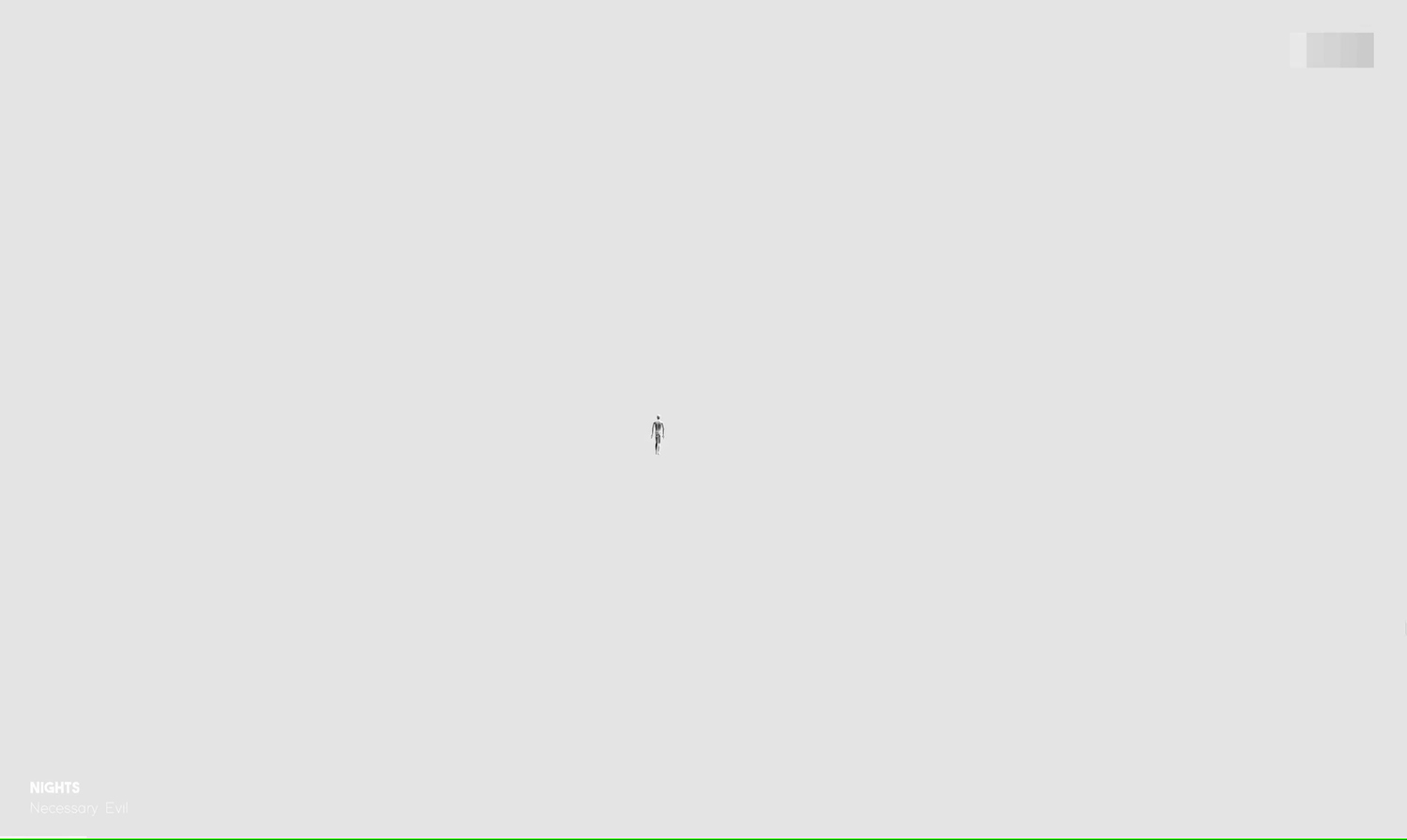 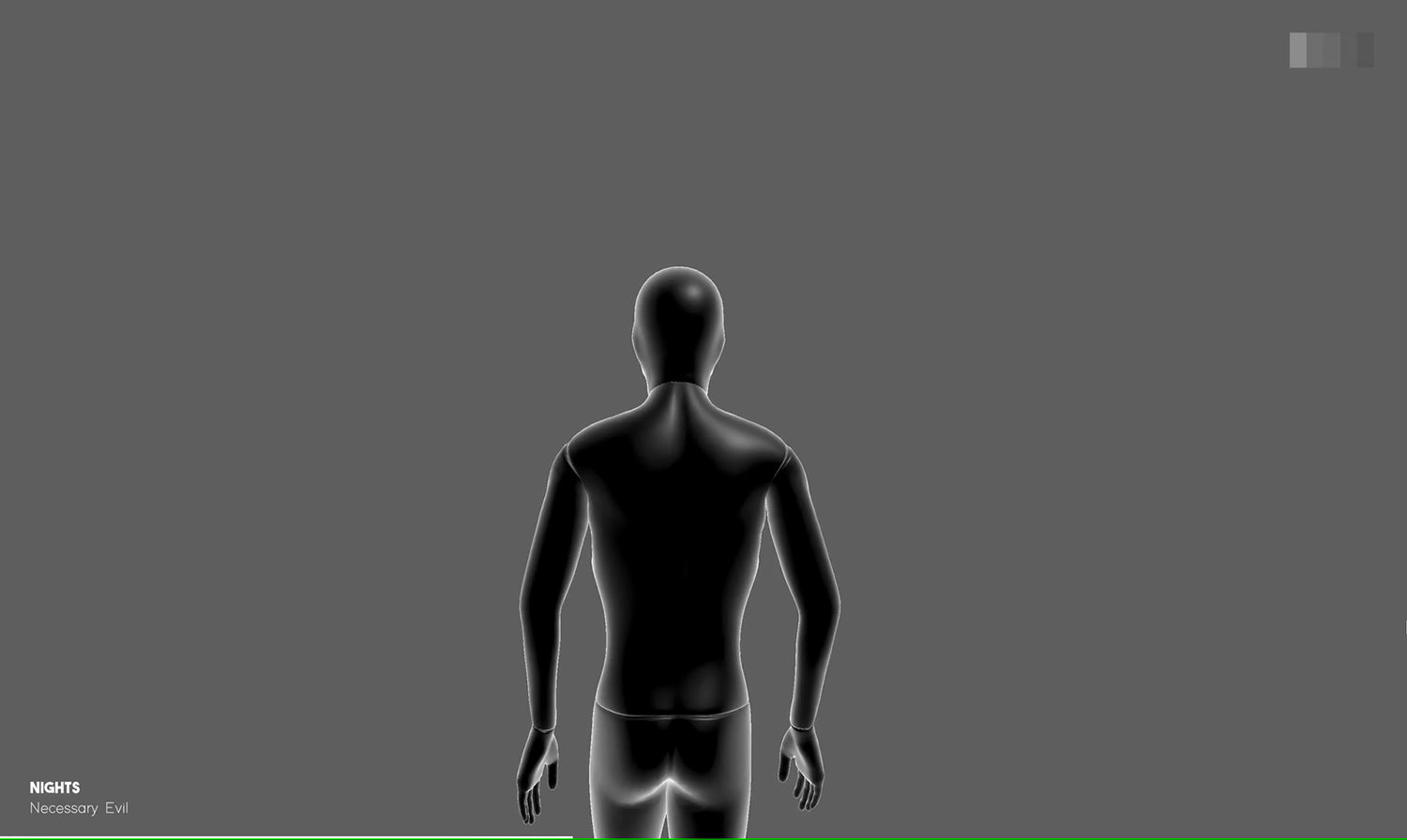 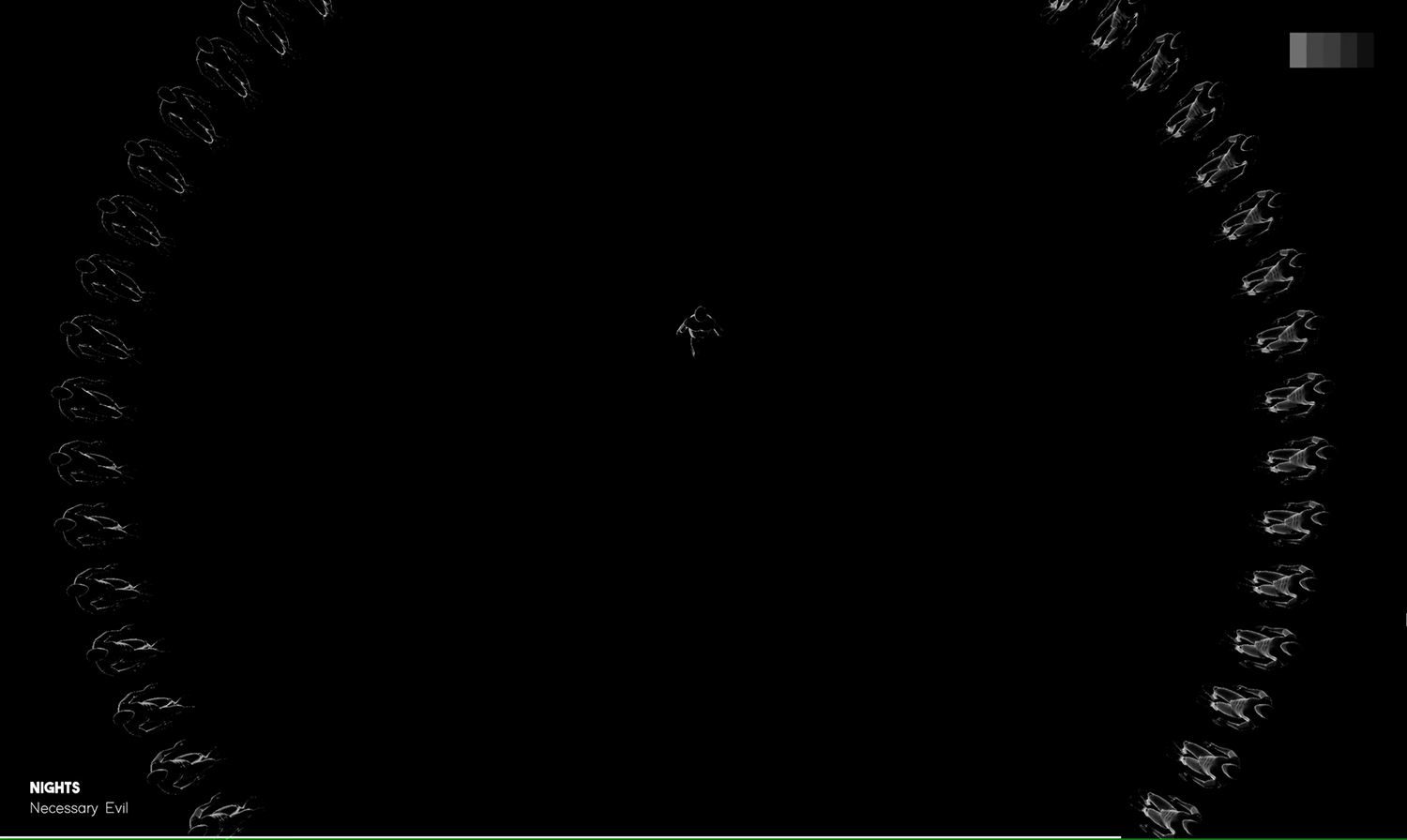 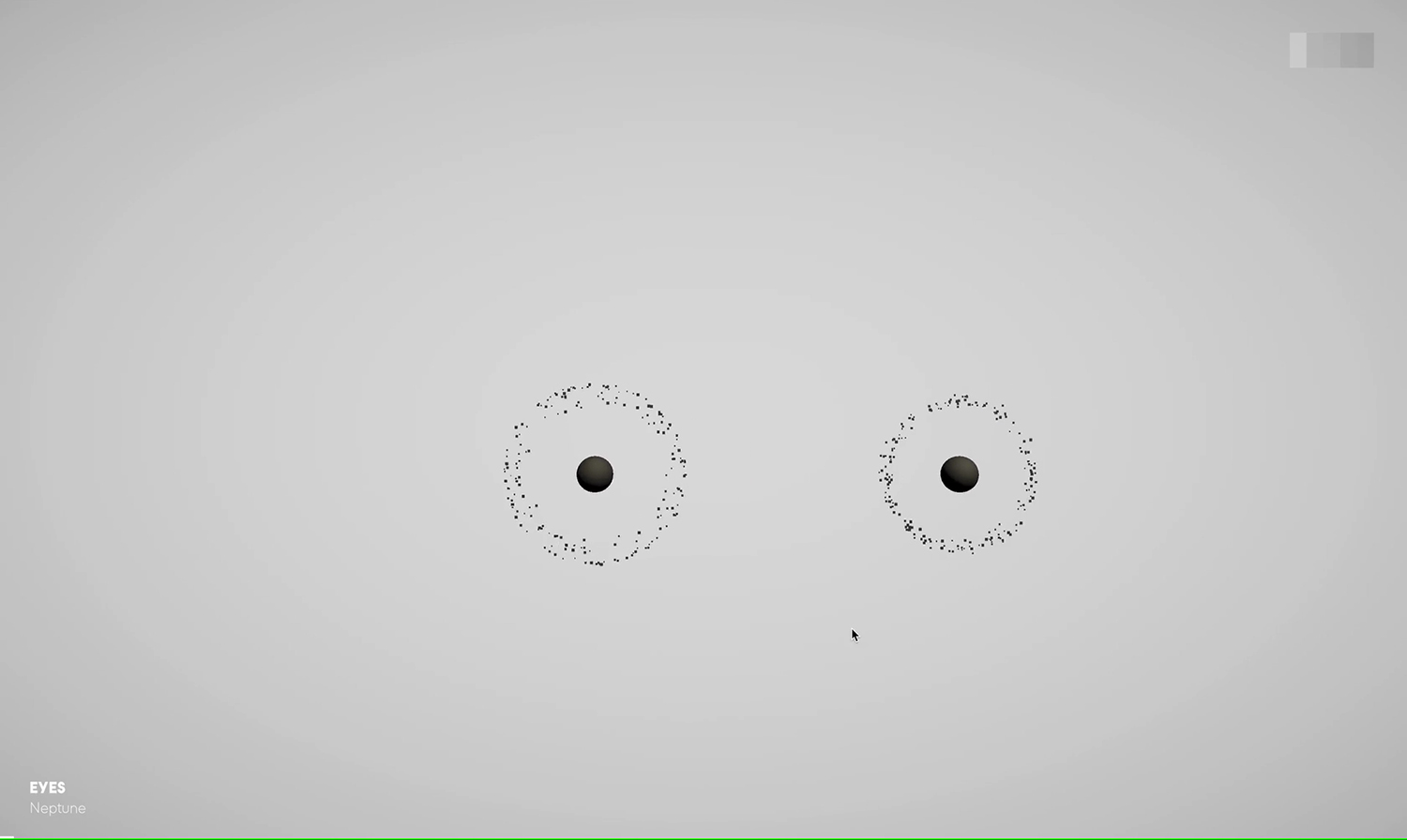 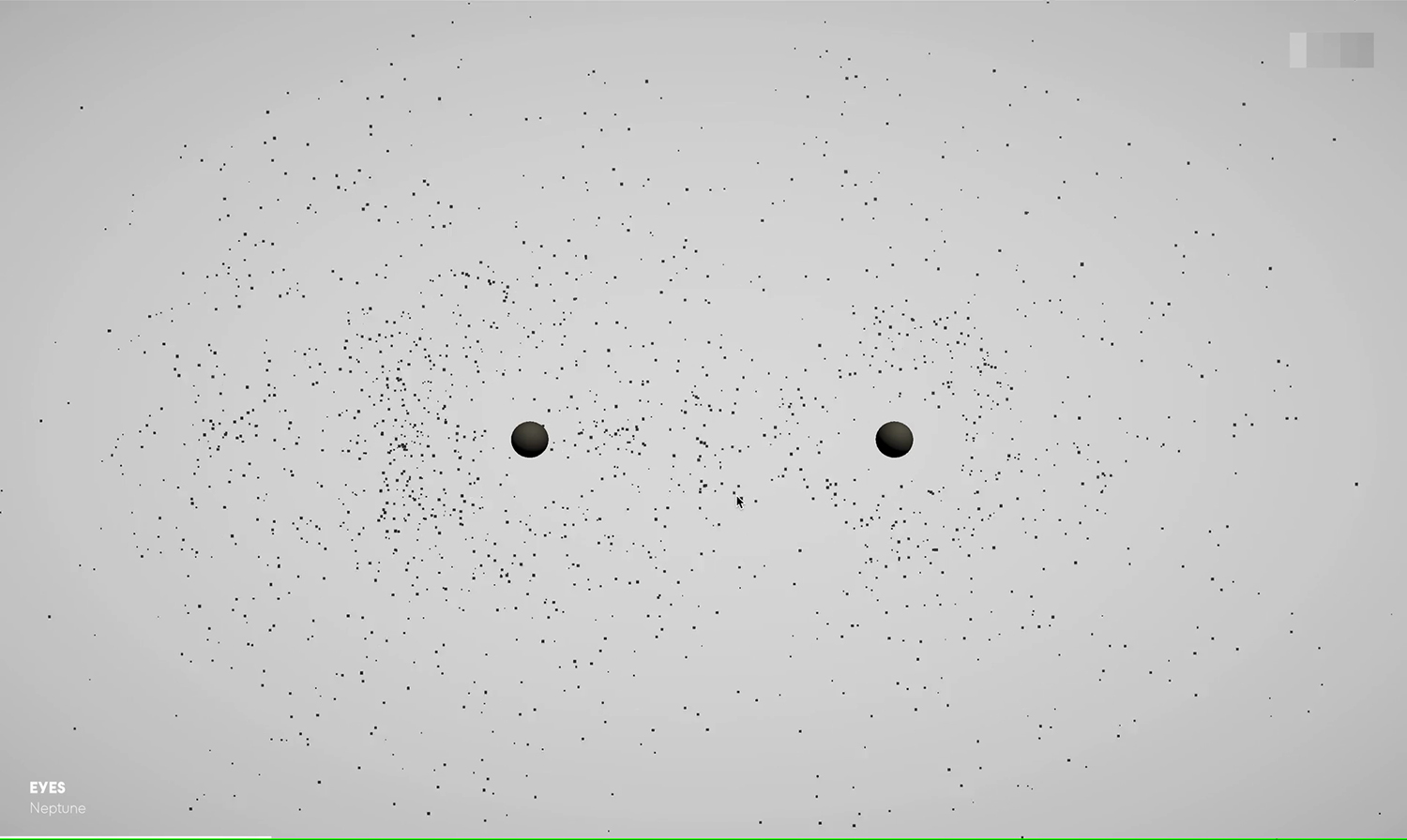 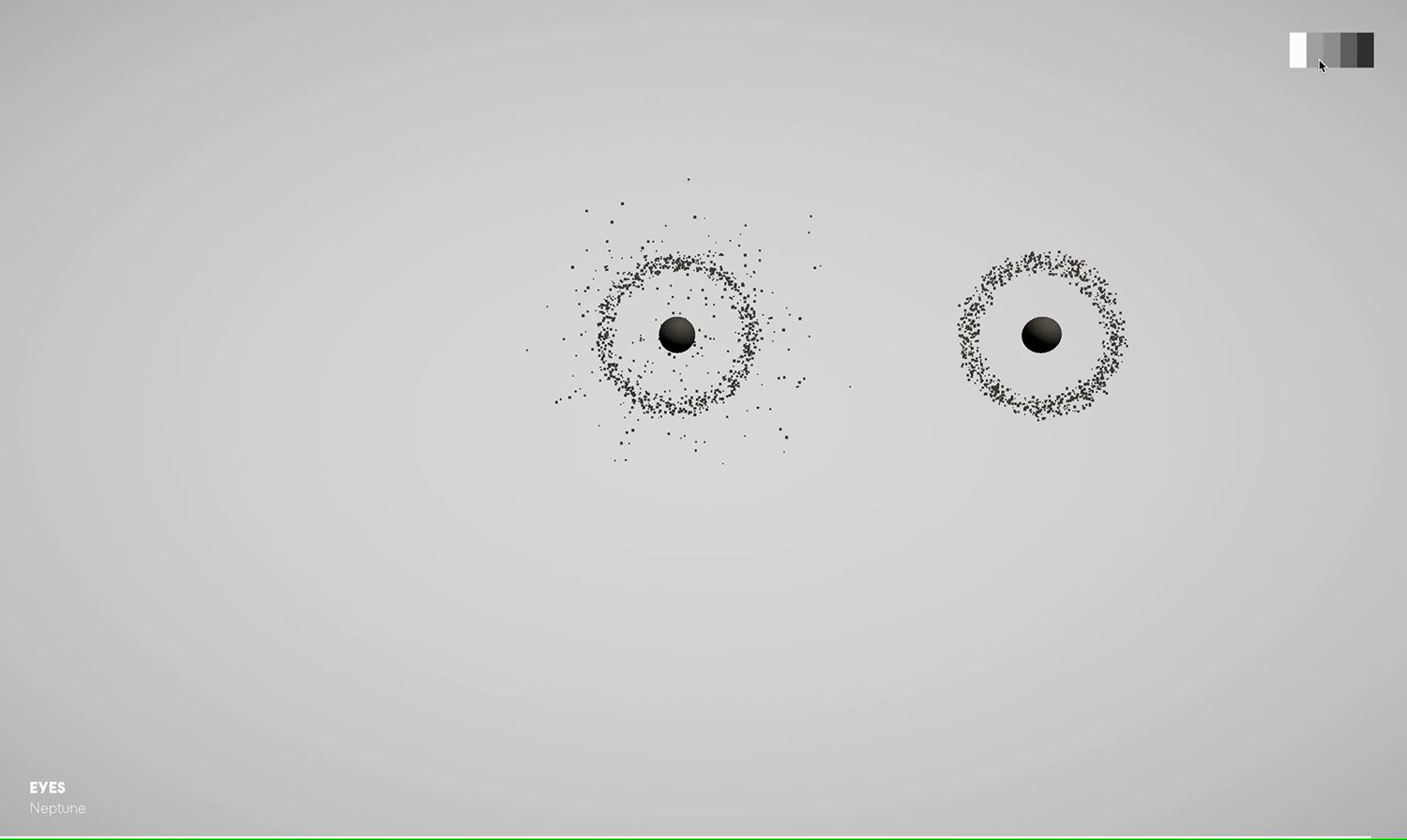 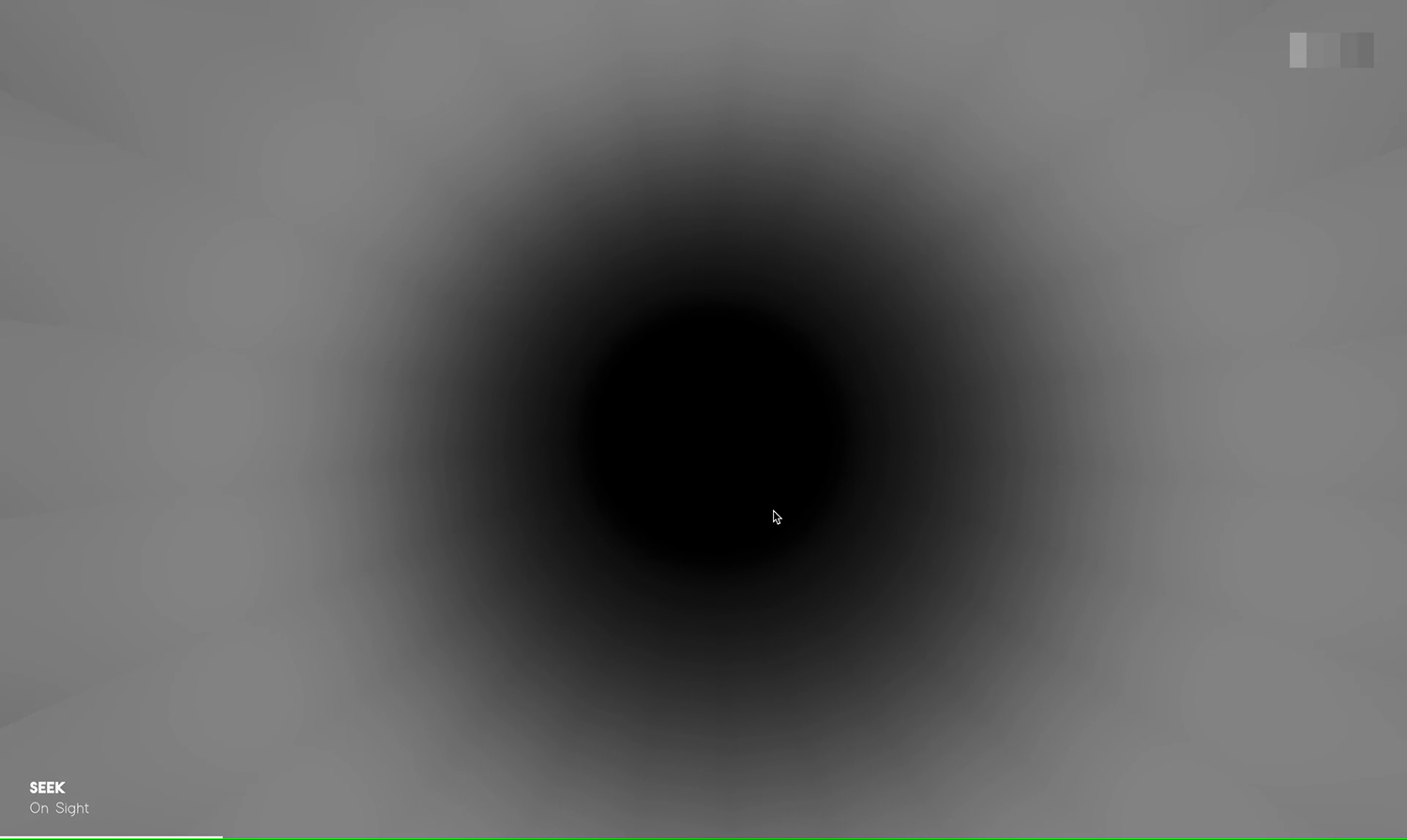 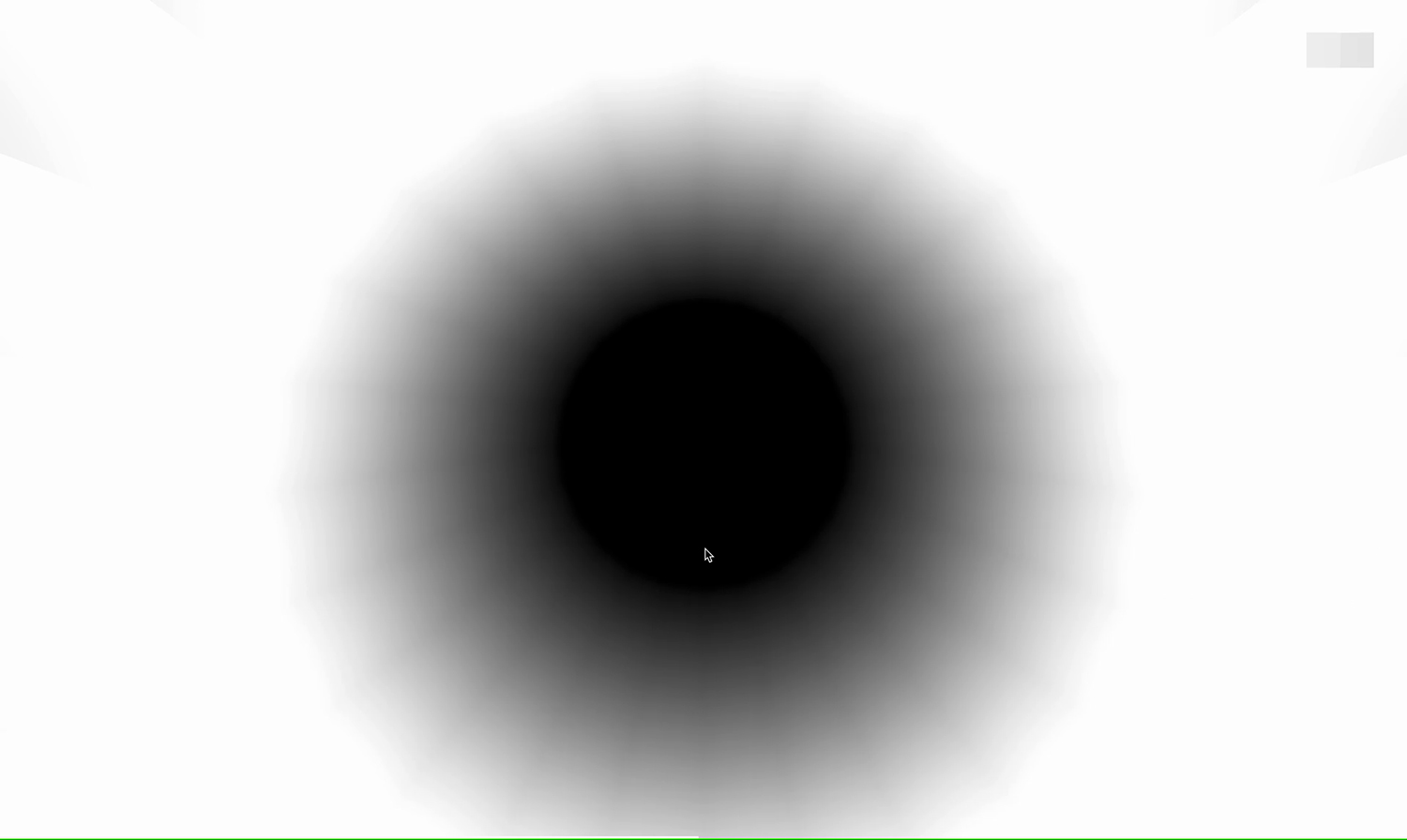 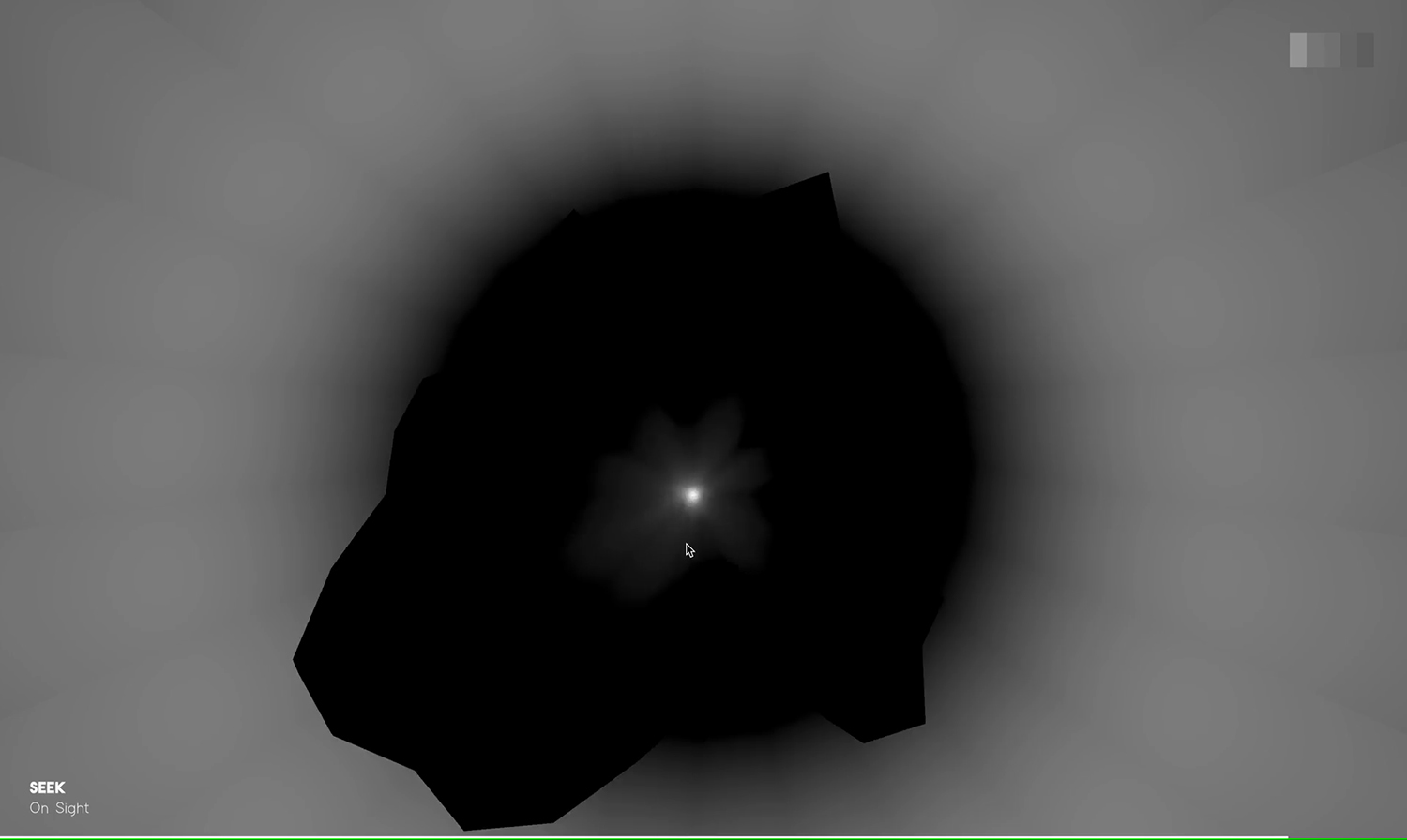 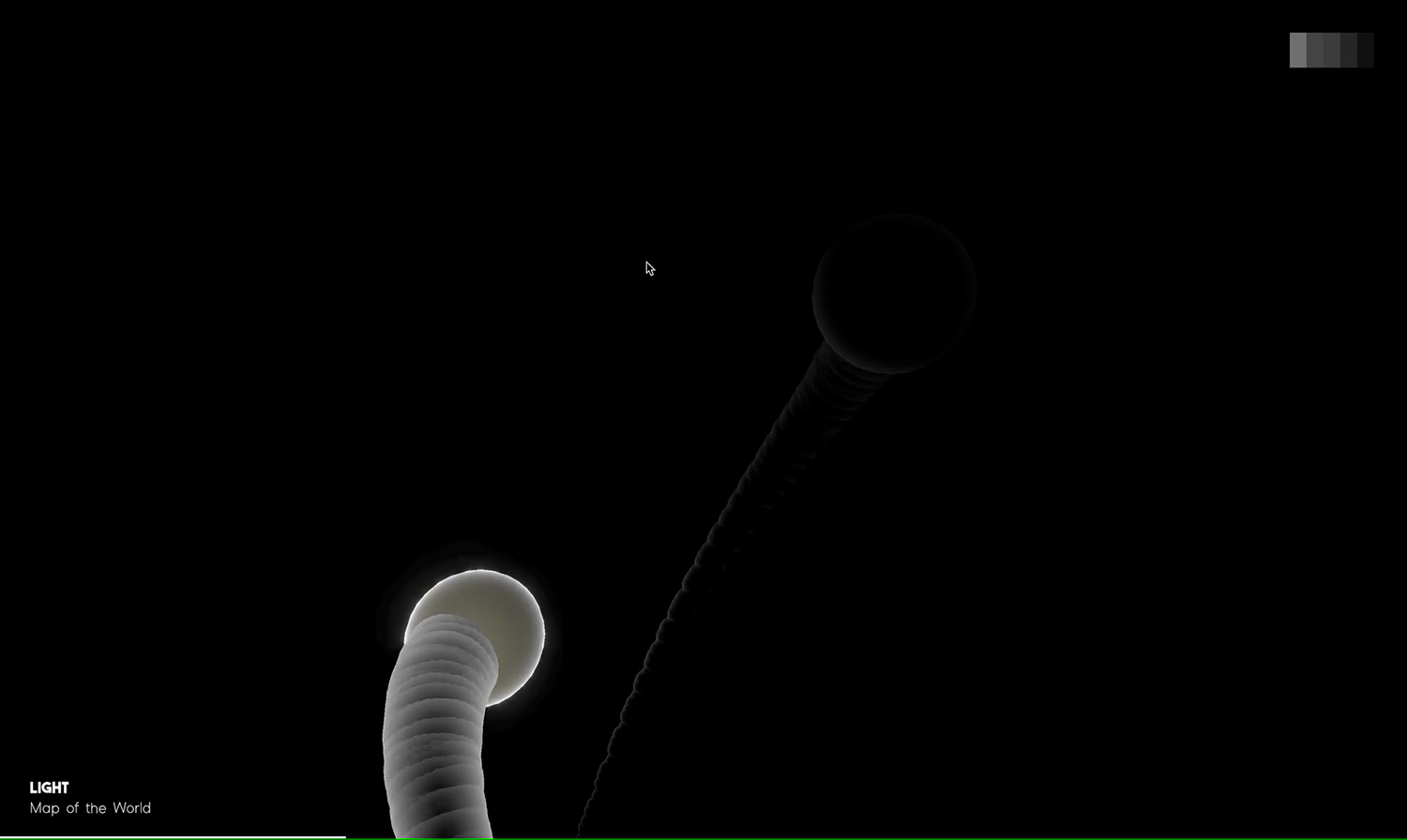 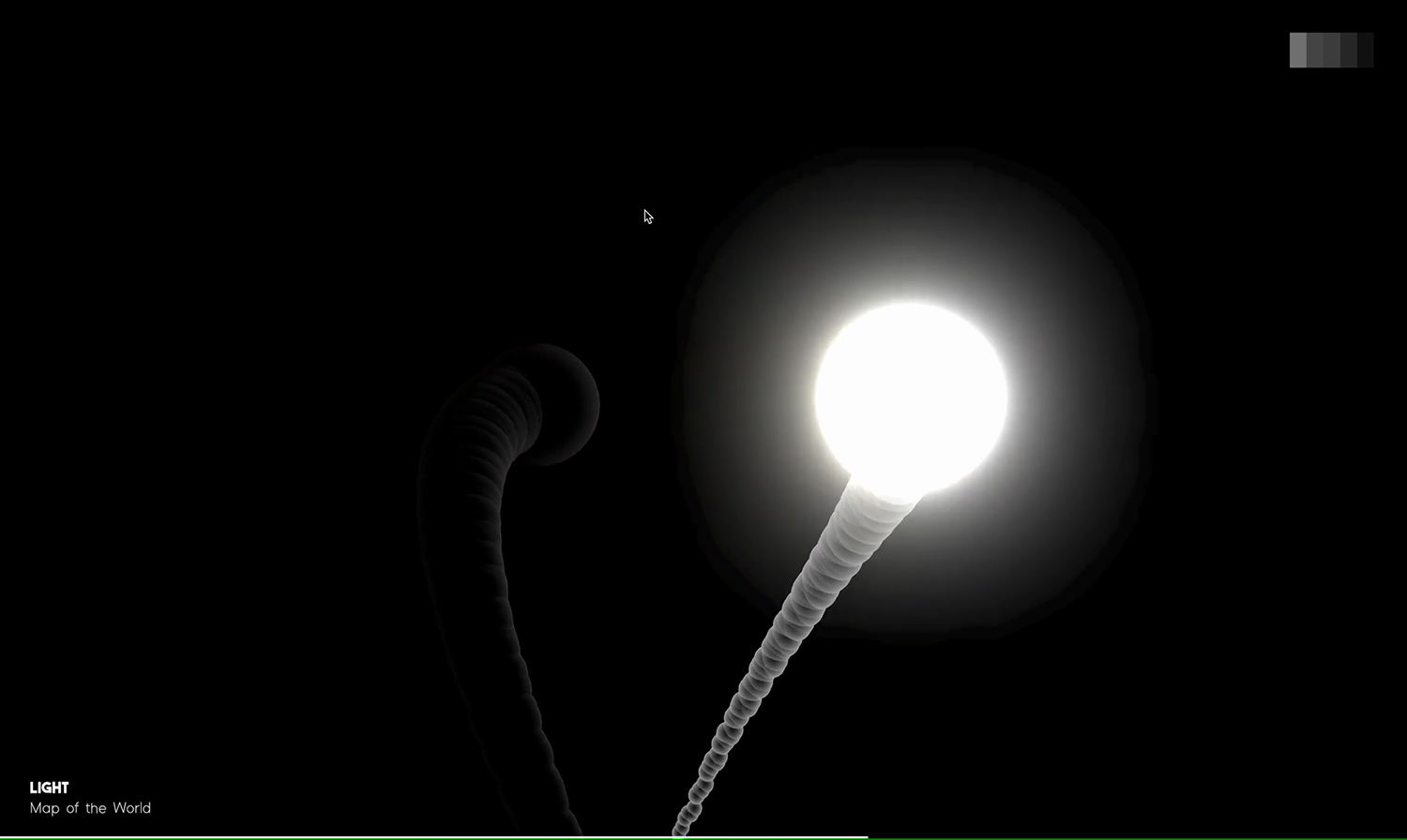 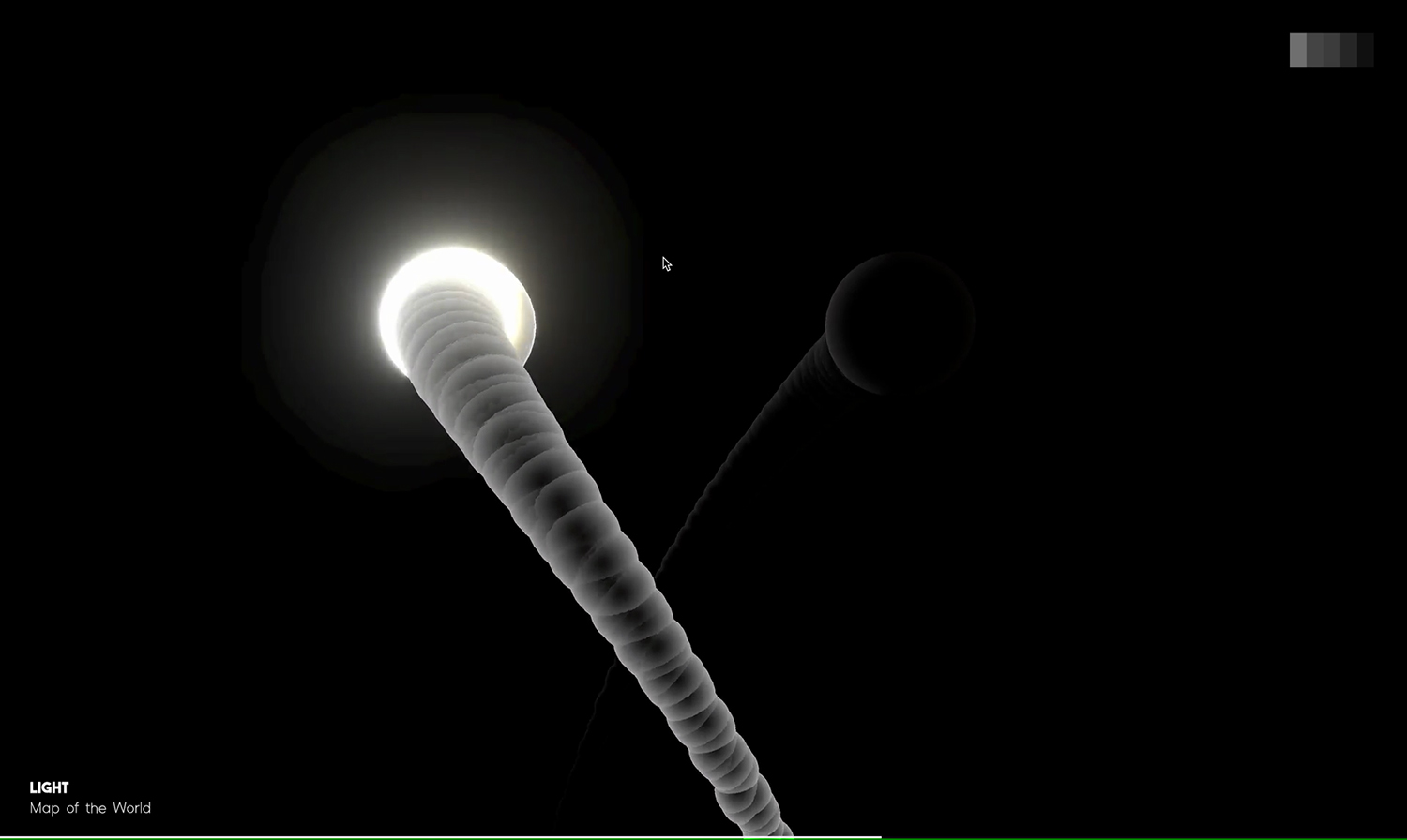