A Song Without Words
Winter 2016

A Song Without Words is an interactive dance piece using Kinect with projection of visuals created according to the body movement sensed by Kinect.

This dance piece is a visual response to the song, 无言歌, by Sandy Lam. My friend, Ann Yang, a talented dancer, choreographed this dance under my general guideline. There are four stages in the dance performance–birth, accumulation, explosion, and decay. Each stage is represented by different visual effects such as point cloud, particle explosion system, particle ring, and particles collapsing. The main point cloud figure is the live visual resemblance of the dancer, and the dancer also react to the visuals by modifying her dance routines based on what the visual is created by her previous movements and positions. 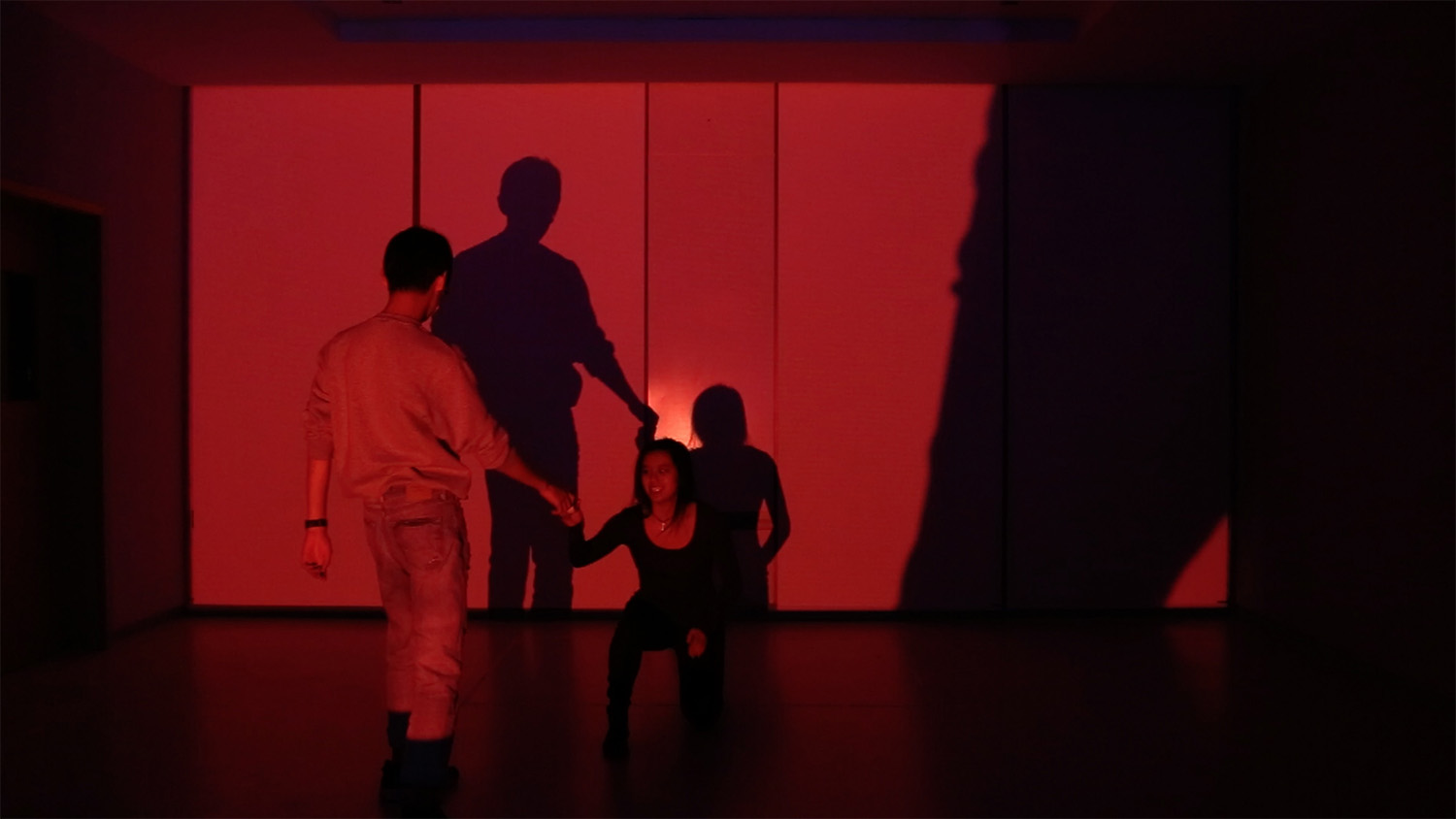 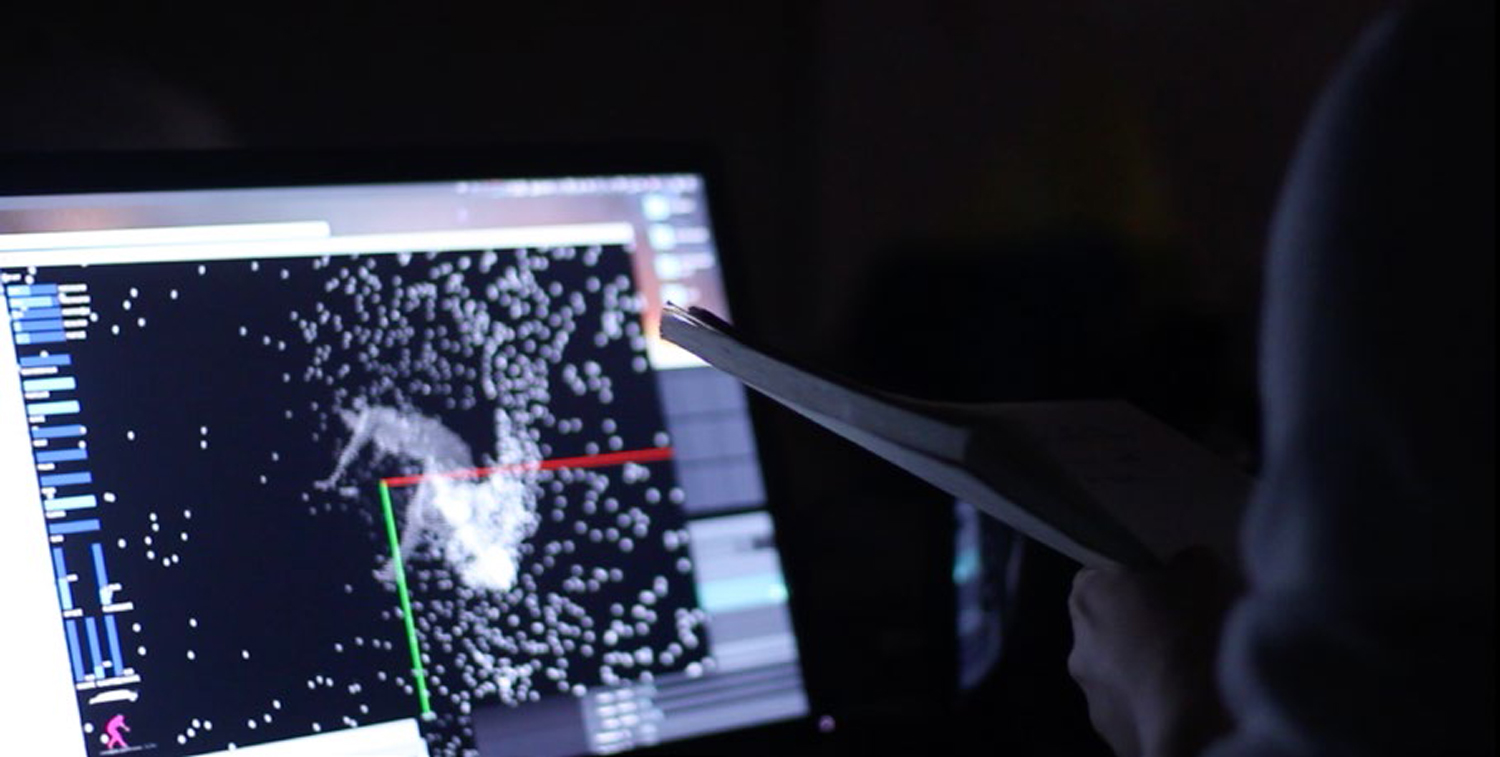 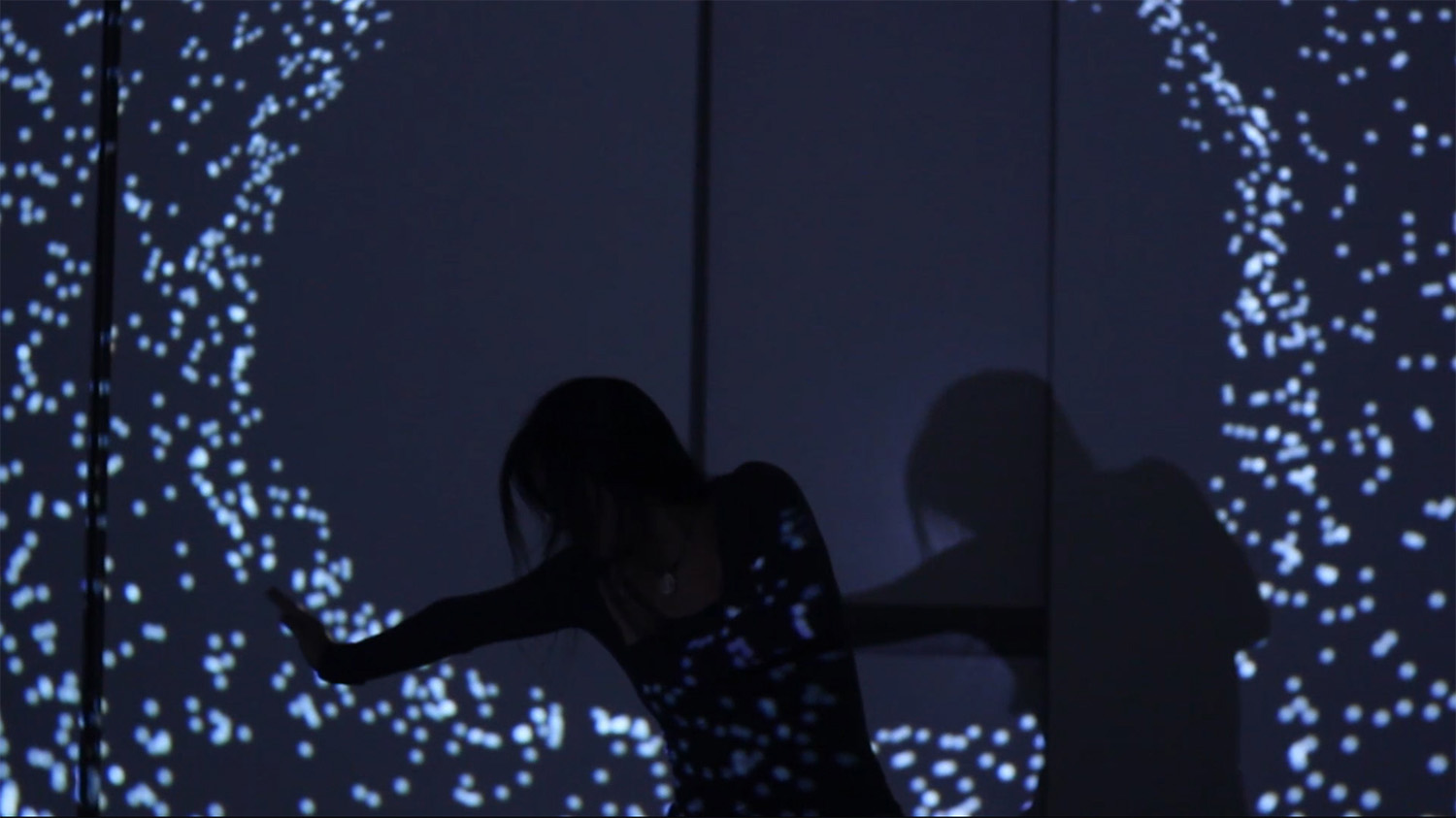 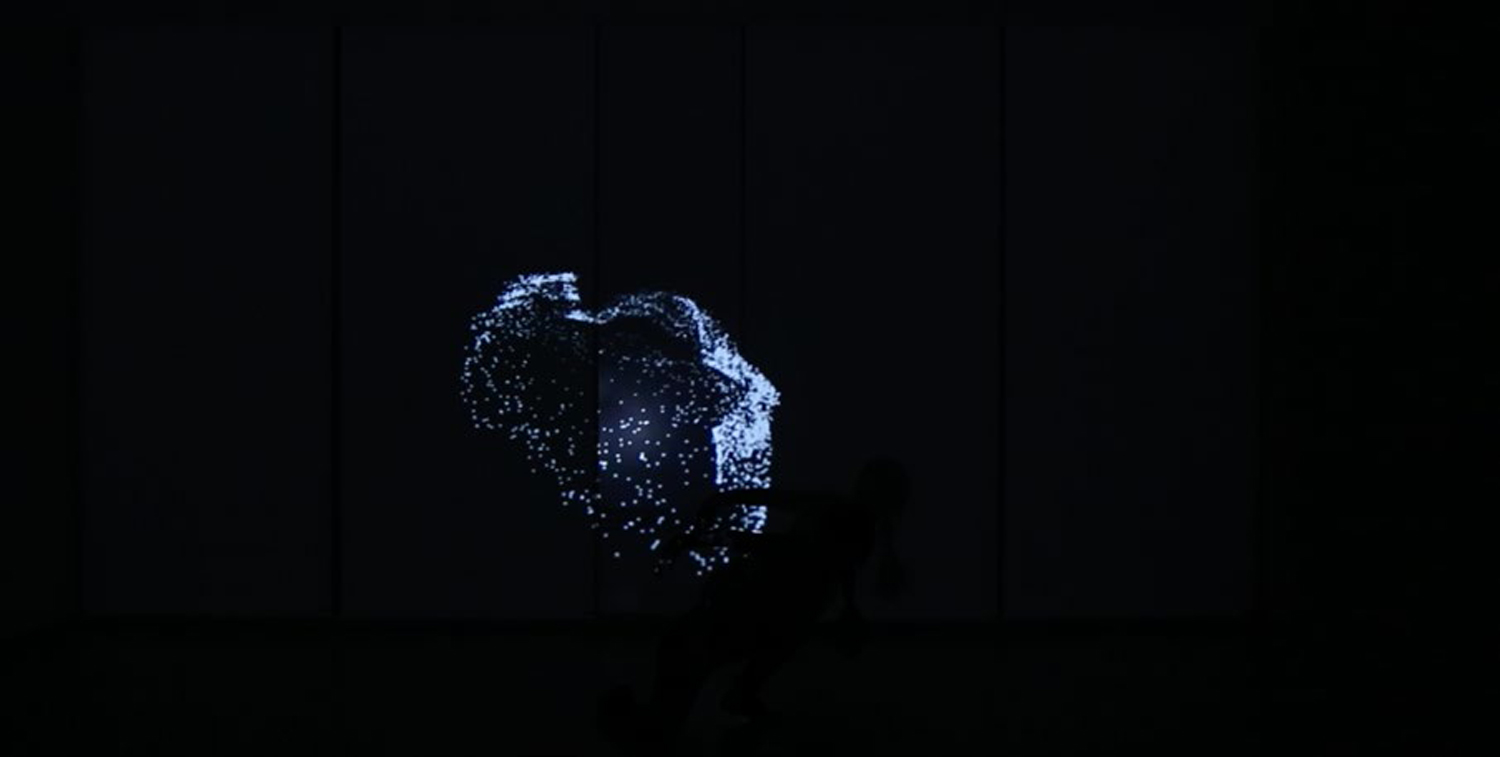 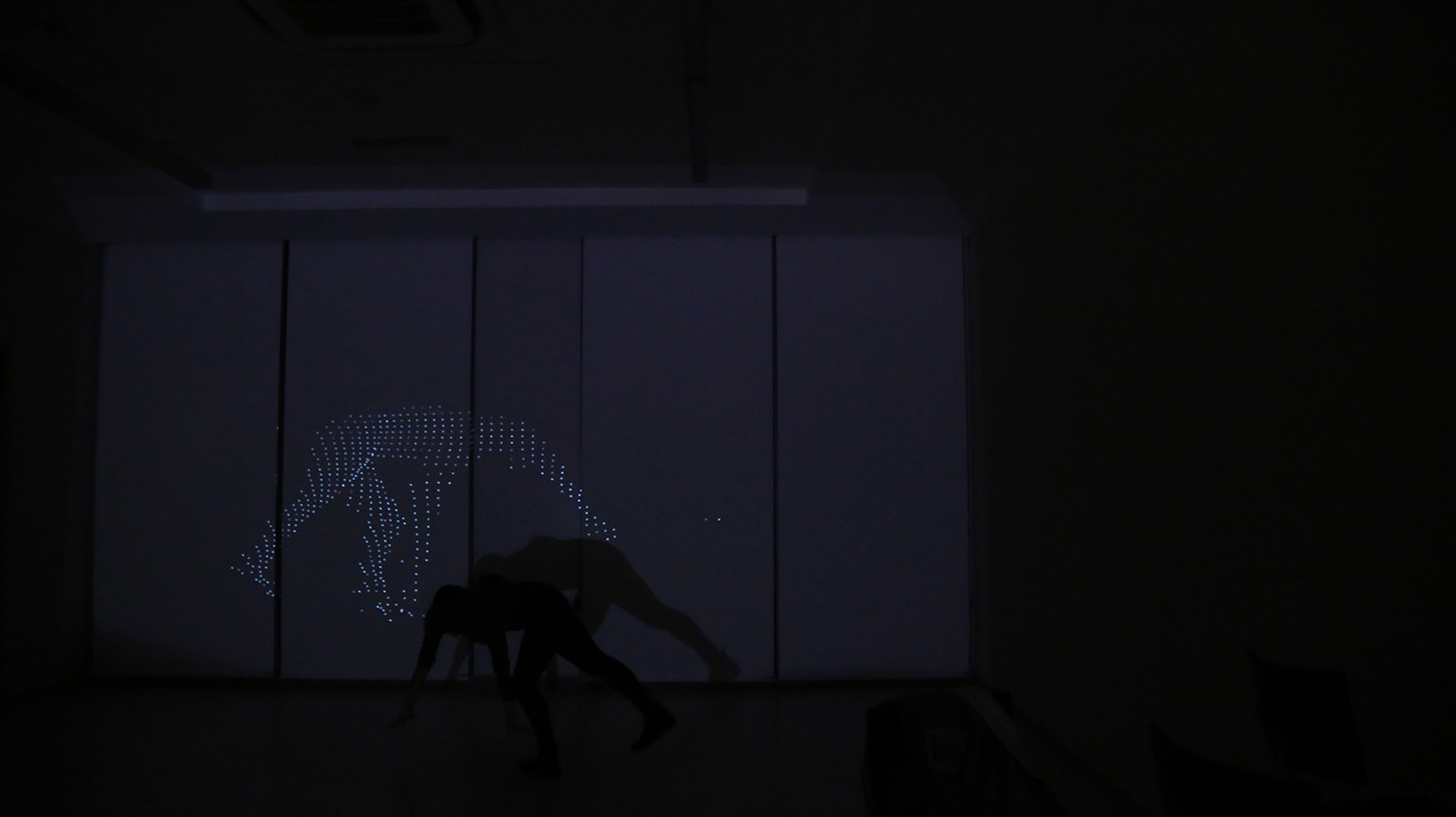 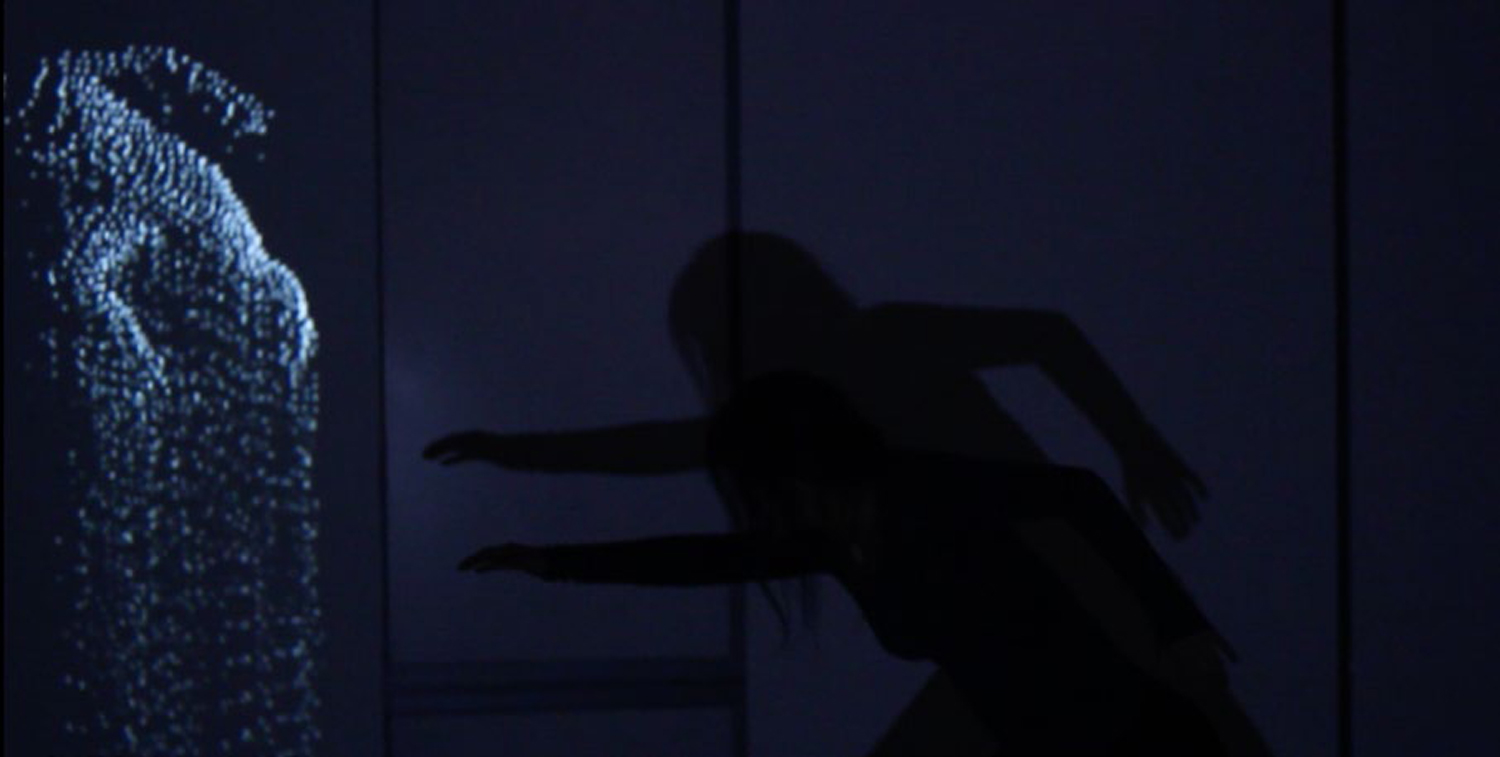 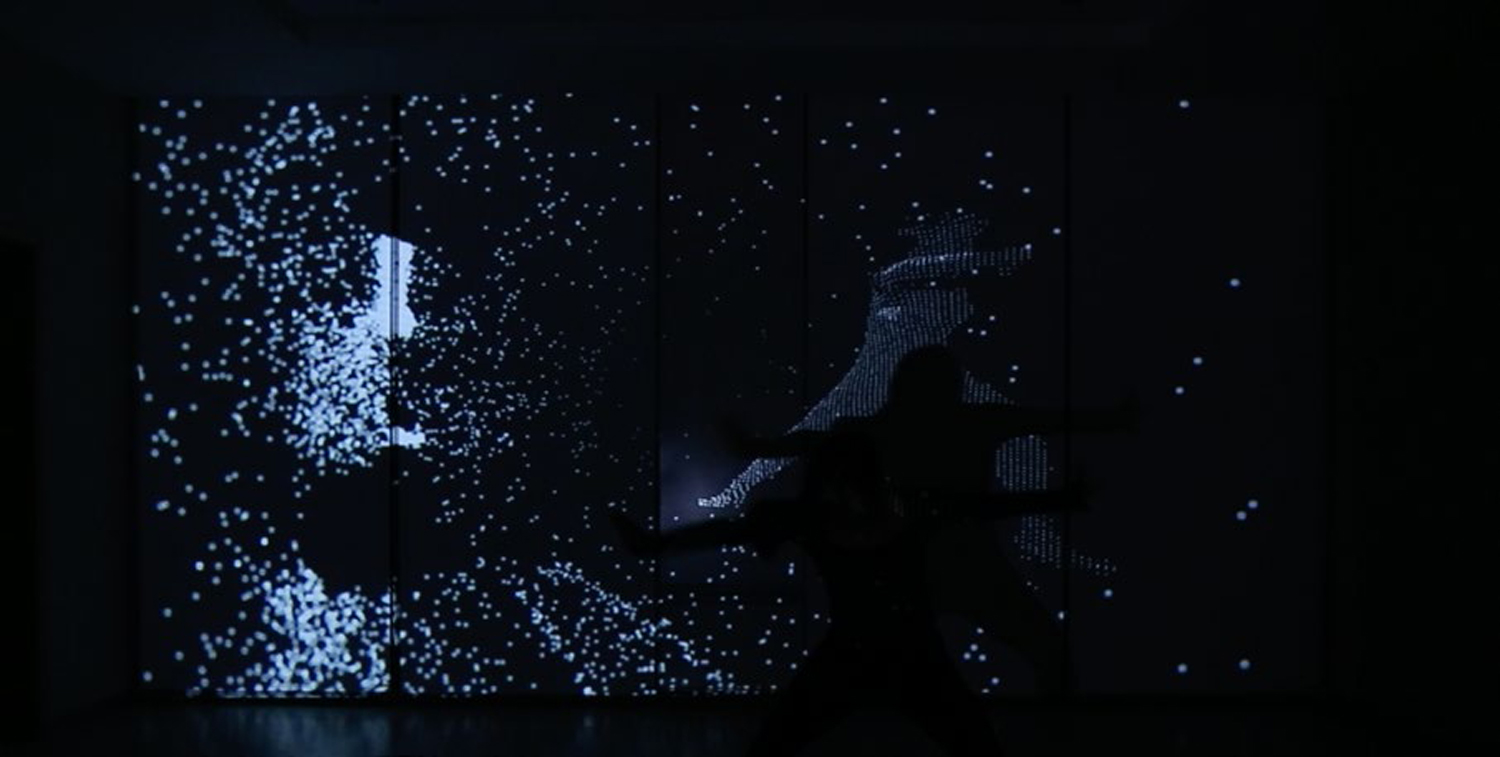 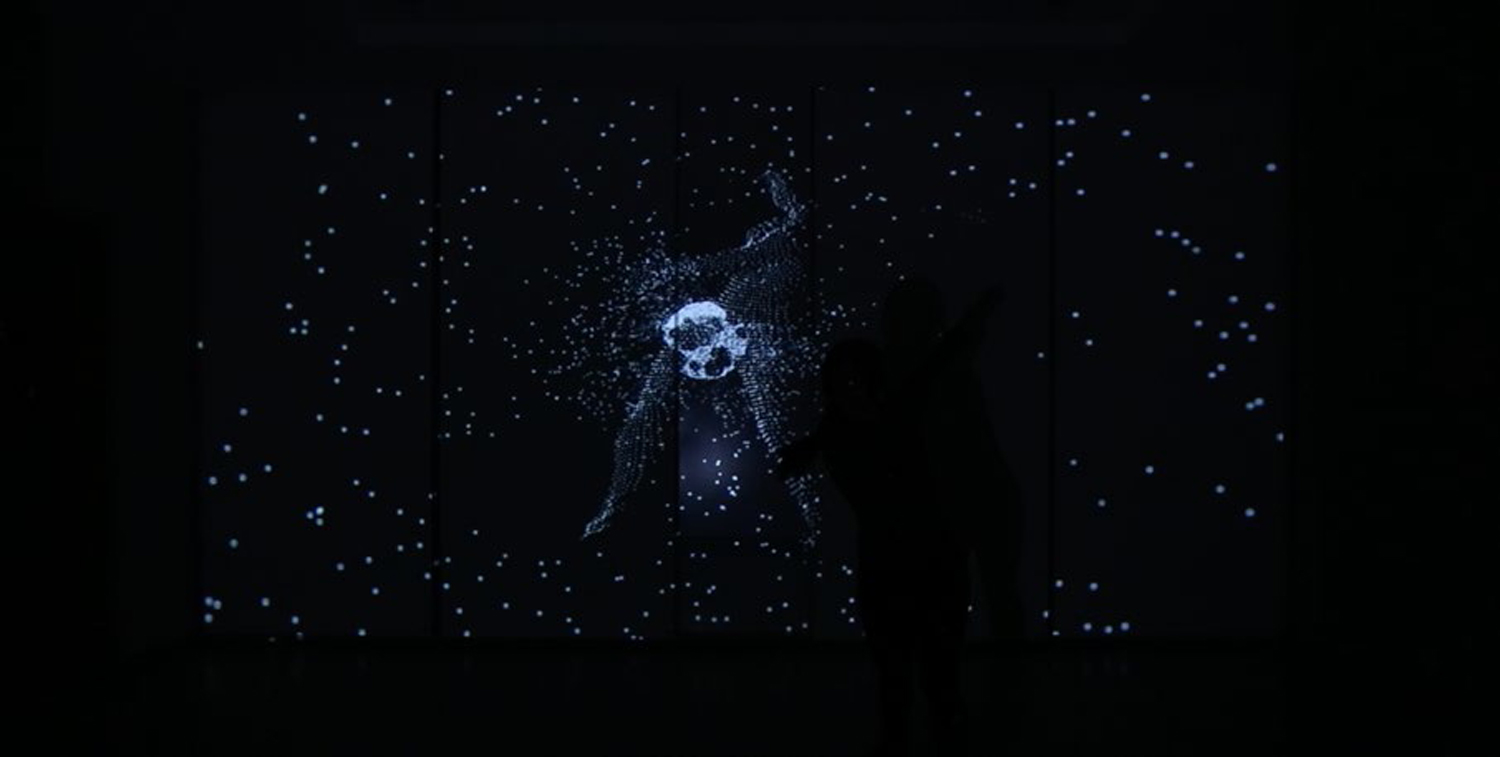 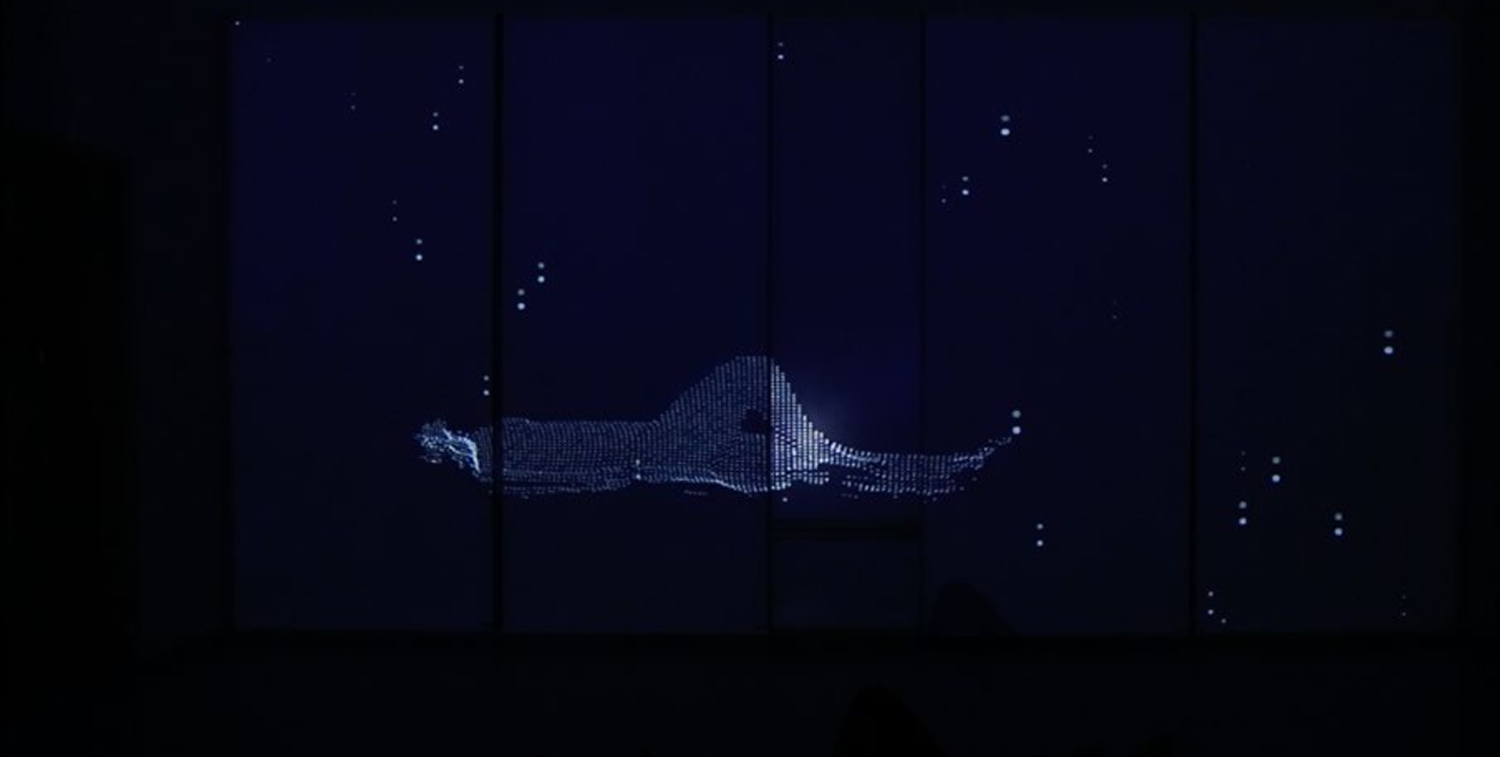 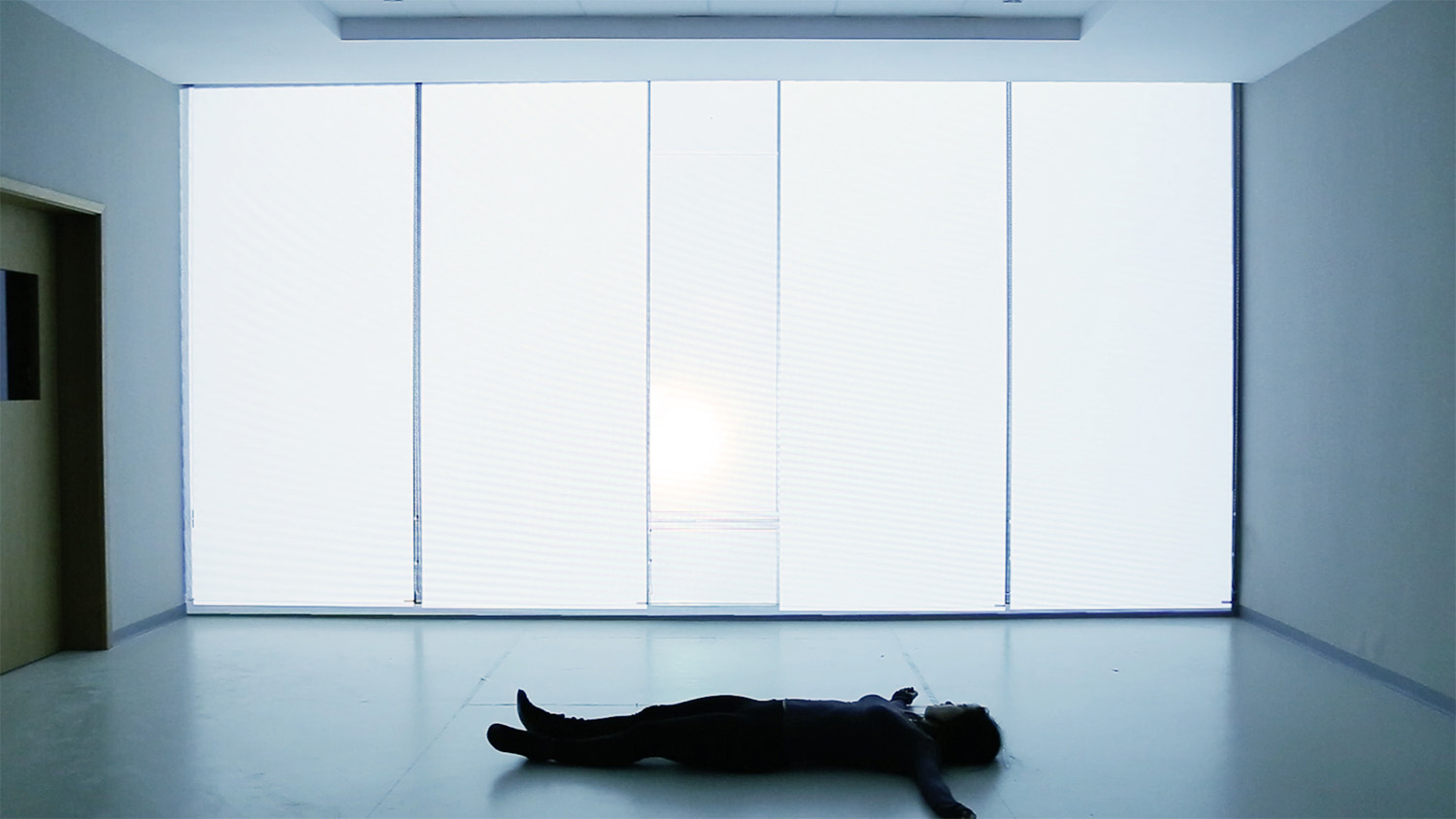 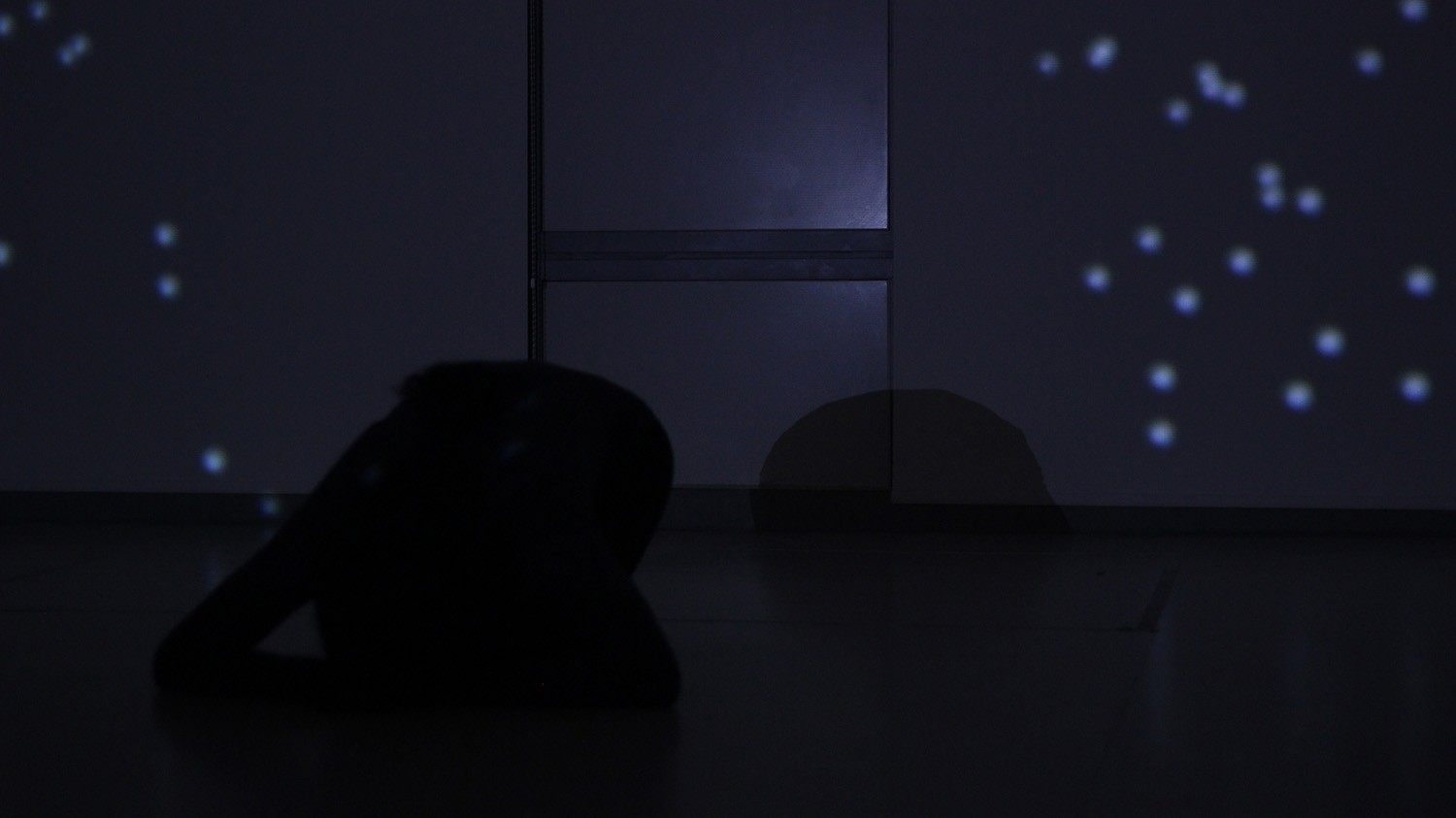 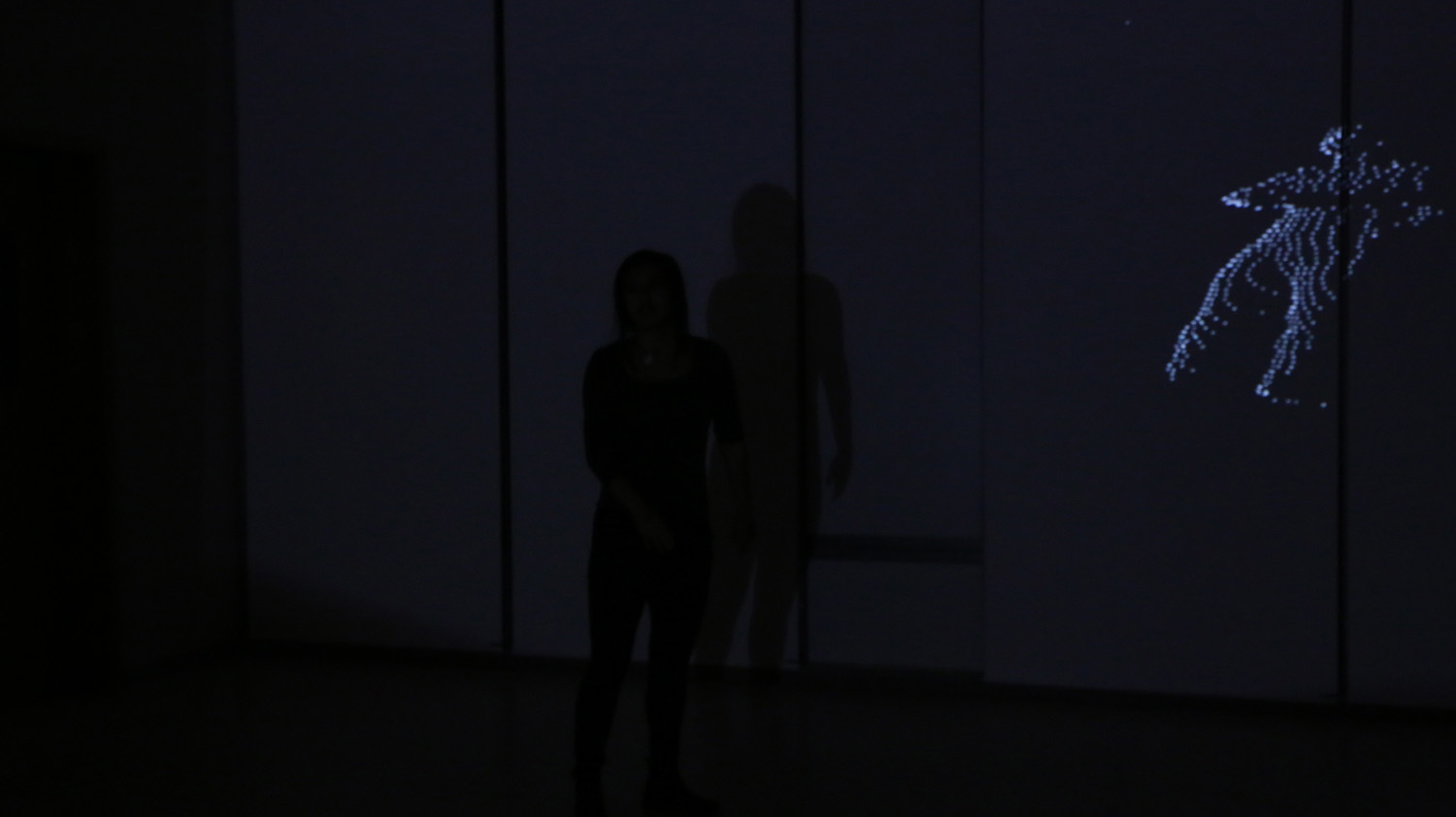 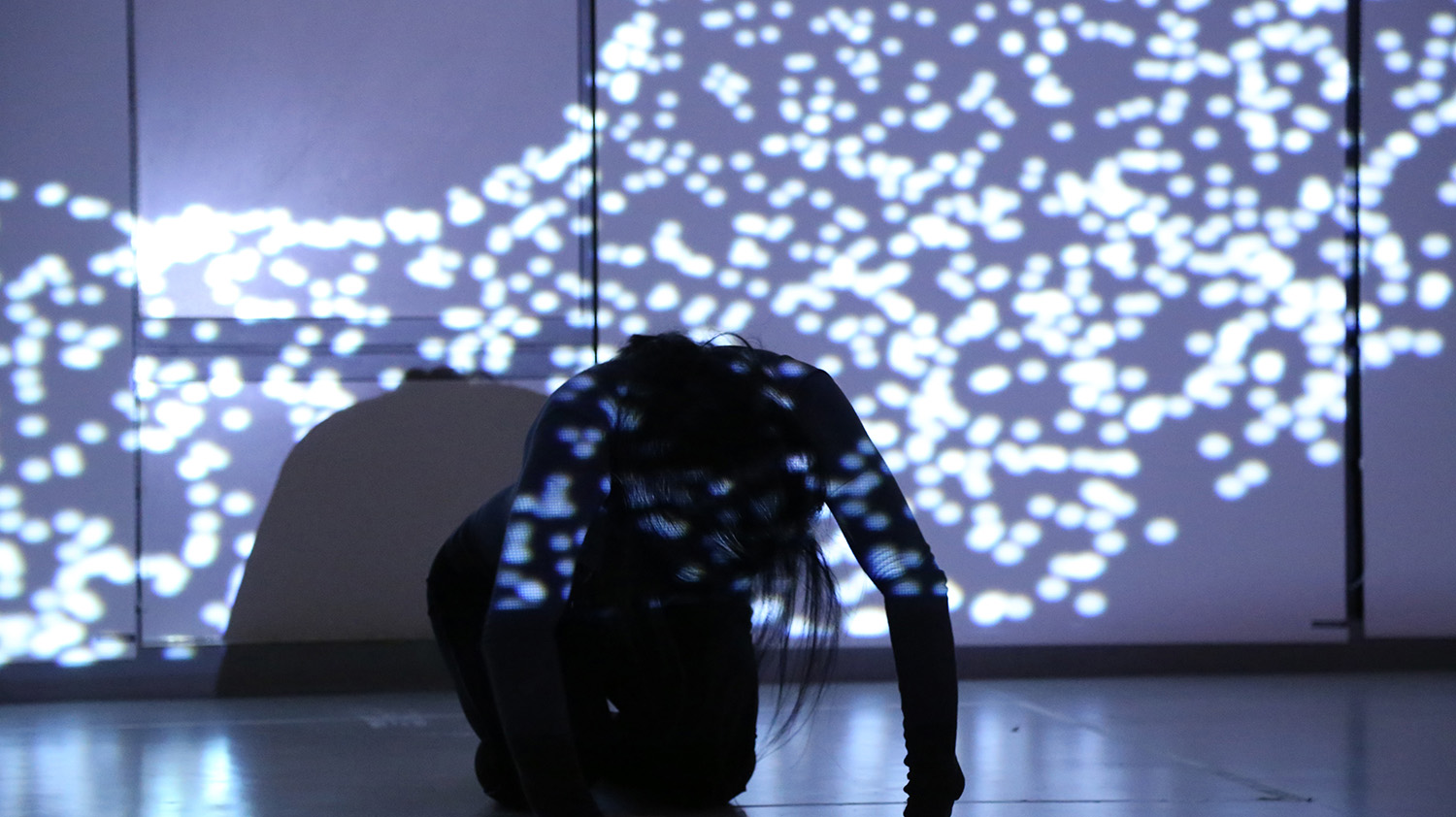 Thanks to Prof. JH Moon for letting me use his Mac Pro, keyboard, track pad, his screen, and the speaker. The visuals are created in a processing sketch with a control panel. Visuals are sent to Arena with syphon, but the control panel is not sent to the Arena so that I can do live control including particle speed, color gradience, transition over the visuals. A Kinect is used to sense the depth and capture the shape of the object within the sensing range. The explosion and particles is attracted by the closest point within the sensing area.

« Above The Sea Shy Mirror »